World War II helped to renew Florida's economy. Because of its landscape and mild climate, the state became a major training site for men and women in the military. Airports and roads were constructed. This prepared the state for a large increase in population after the war. Newcomers from other states and countries helped to create a diverse population. Beginning in the 1950s, changes in laws and public education sought to protect peoples' rights and prevent discrimination.

Florida's economy became more diverse after WWII. Growth in tourism, agriculture, and other industries created jobs and opportunities, causing businesses and corporations to move to the state. The space industry brought people, technology, research, and media attention. Over time, legislation, education, transportation, health care, and the economy have kept pace with the needs of a dynamic and diverse population. Today, Florida's citizens share a rich and varied heritage that is seen in every part of daily life. 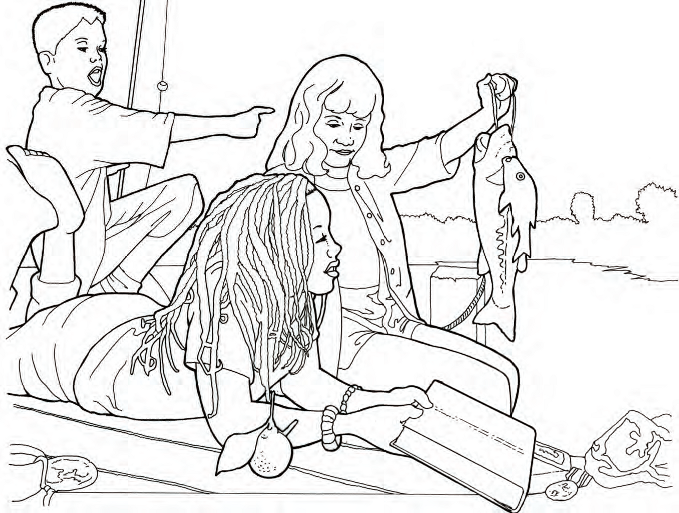 Why is Florida known as the Sunshine State? Find the Florida symbols and go to www.christopherstill.com/fl-house-of-reps to learn about them.

During World War II, many items used every day were rationed so that there were enough supplies for the war. Posters were distributed around the country to encourage people to buy war bonds and conserve food, clothing, and gasoline. These posters also persuaded women to join the military as nurses or to work in factories.

Your task for this Web Quest is to study posters from World War II to find out how the U.S. motivated citizens to support the war.

What did the U.S. need people to do?

How slow were cars supposed to drive?

Why was this important?

What role did women have during this time?

Sketch your own poster to promote something you need or an issue that is important to you
(i.e., recycling, eating more oranges, riding your bike).