From Territory to State

General Andrew Jackson set up a new territorial government in 1821. Tallahassee was chosen as the new state capital. The first legislators met in a simple log cabin. Two years later, a new capitol building made of bricks was completed.

As the number of people in Florida grew, tension increased between whites and Indians. The Seminoles occupied lands that white settlers wanted, and they also lived with escaped slaves. The idea of removing Indians from Florida became more popular among white leaders.

The territory's economy was based on agriculture, and enslaved blacks worked on numerous cotton plantations and small farms. By 1840, almost half of Florida's population consisted of blacks, and most were slaves. Florida became the 27th state in 1845. 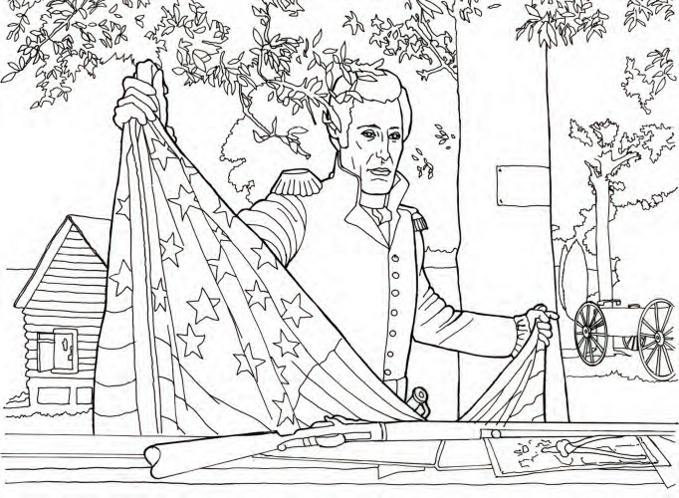 What city in Florida is represented in this painting? Here's a clue: the log cabin was the first capitol. Go to www.christopherstill.com/florida-house-of-reps to learn how Florida became a state.

What do you know about Andrew Jackson?

Portraits are paintings that show what people look like at a certain point in time. They can be important state and family records or a way to remember a person. Artists usually are hired to paint a portrait, but some are made because an artist is inspired by or admires a person.

How do historians use portraits?

Historians use portraits to become familiar with the person they are researching. Because artists paint from their point of view, studying a group of portraits painted by different artists can tell us much more about the person.

Your task for this Web Quest is to study various portraits of Andrew Jackson to find facts about who he was.

Go to www.floridamemory.com. Search "Andrew Jackson" AND portrait AND 1767–1845. Scroll through the search results to answer the questions.

Describe what is similar or different about how Jackson looks in the portraits.

What is he wearing in most of the portraits?

According to the search results, where is one of the portraits currently on display?

Find the silhouette. Click on the image for answers to fill in the blanks.

Find the medallion. Click on the image. What does it say?

Sketch or paste the most interesting portrait of Andrew Jackson 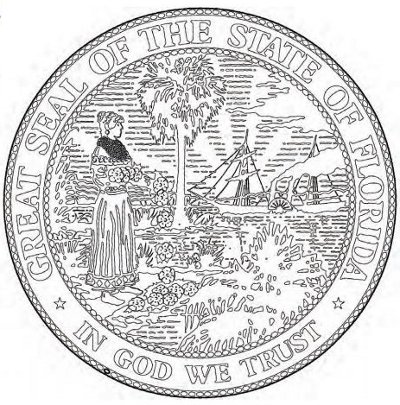 Each state in the nation has a seal—a visual image—that illustrates its unique character. New and different seals were made for Florida when it became a territory in 1821 and a state in 1845, and after the Civil War. The state's current seal was adopted in 1985. It features a steamboat on the water, a sabal palm (the state tree), and a native woman scattering flowers.

To see all of Florida's historic seals, go to dos.myflorida.com/florida-facts/florida-state-symbols/state-seal/. 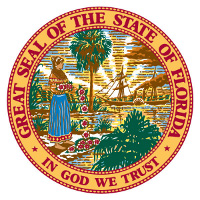 To learn more about Florida's state seals: dos.myflorida.com/florida-facts/florida-state-symbols/
Use the picture on this web site to color Florida's current state seal.