Spanish explorer Juan Ponce de León landed on Florida's east coast in 1513. He called the area "La Florida." Over the next fifty years, three Spaniards tried, but failed, to create permanent settlements in Florida. The French built a fort and settlement near Jacksonville, but it only lasted about a year. Spain finally achieved a permanent settlement when St. Augustine was founded in 1565.

The Spaniards established Catholic missions among the Apalachee and Timucua Indians. During the 1600s, many Florida Indians died of diseases. In the 1700s, Spanish Florida was attacked several times by English and French forces. The missions were destroyed, and many Indians were killed or enslaved. Later, Indians from the Carolinas and Georgia, ancestors of today's Seminole and Miccosukee Indians, moved to Florida.

In 1763, Britain took control of Florida and divided the land into East and West Florida. St. Augustine and Pensacola were the capitals of these two colonies. During the American Revolution, the two Floridas remained loyal to Britain.

Spain took control of Florida again after the American Revolution. Spanish and American settlers came to Florida. Enslaved blacks escaped to Florida to seek their freedom. In 1818, the U.S. government engaged the Seminole Indians in the first of three wars. When Spain transferred the peninsula to the United States in 1821, Florida became a U.S. territory. 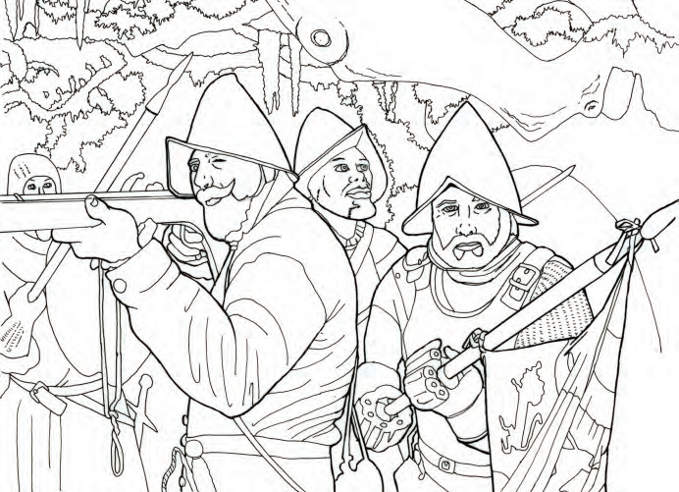 Identify different pieces of the Spanish explorers' uniforms. Go to www.christopherstill.com/fl-house-of-reps to find the objects' names. Look for photos at www.floridamemory.com to see how they compare with U.S. soldiers' uniforms.

What do you know about Florida geography in 1763?

By 1763, the Florida peninsula had been colonized, and people were traveling across and around the state. As people became more familiar with interior and maritime boundaries in Florida, they documented the changes on maps and charts.

Cartographers are people who make maps and charts. They identify rivers, bays, forts, roads, and political boundaries of an area, such as cities, towns, and counties. Studying these documents can show us how the geography of an area changed over time.

Your task for this Web Quest is to compare a map of Florida from 1763 with a map from 1845 and identify the changes.

The 1763 map includes words in Spanish. Why would Spanish names appear on an English map?

Examine the enlarged view of Pensacola. Where are the buildings? How many forts are identified? Where did ships usually anchor? What do the numbers in the middle of the bay represent?

What is the modern location and name for the Bay of Sta Rosa? What evidence supports this conclusion?

What is the modern name for Cape Escondido? In which county is it located?

What major river in the northeast is represented on the 1763 map? What is the modern name for this river? 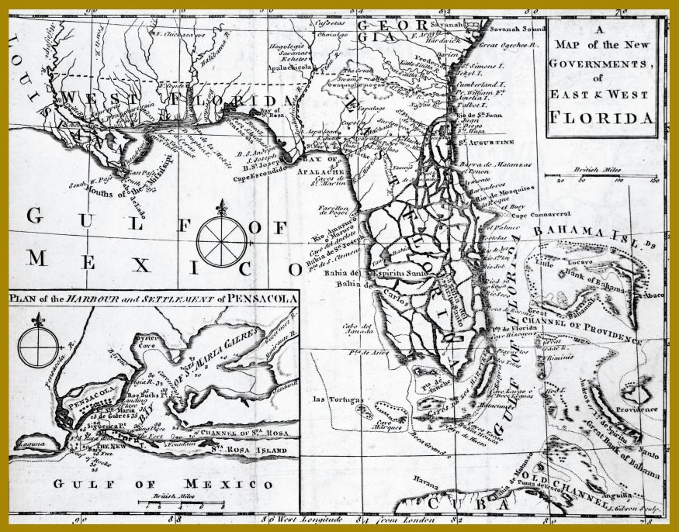