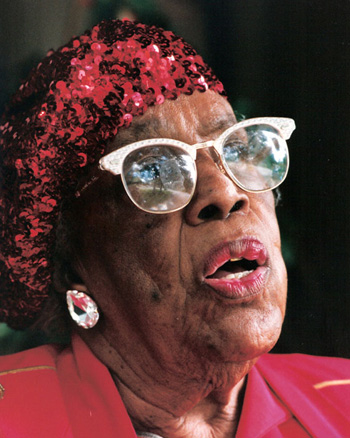 Mary Smith McClain (1902–2000) left her West Virginia home as a teenager and worked in traveling music shows. She took the name Diamond Teeth Mary because of the diamond chips she had set in her teeth. She eventually settled in Sarasota and retired from blues singing. In the late 1970s, McClain was rediscovered and took to the stage once more. The state of Florida presented her with the Florida Folk Heritage Award in 1986.