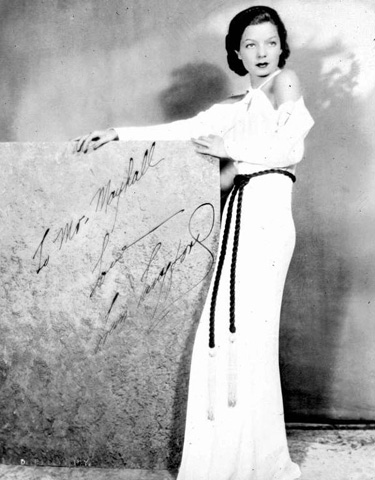 A native of Lakeland, Frances Langford (1913–2005) traveled with Bob Hope on his United Service Organizations (USO) tours during World War II. She starred in more than twenty movies and her trademark song became “I’m in the Mood for Love.”