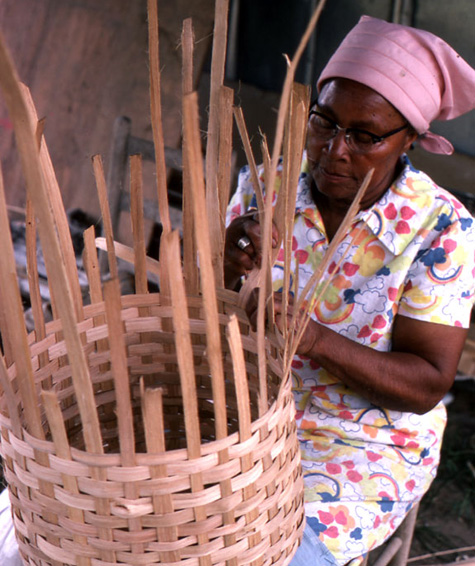 Lucreaty Clark (1904–1986) learned to make white split oak baskets from her parents. Clark’s mother had learned it from her parents, former slaves on a plantation near Monticello. Clark, in turn, instructed her grandson on the craft. She won a Florida Folk Heritage Award in 1985.