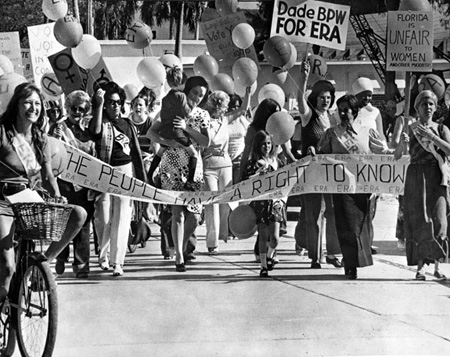 Pioneering Florida feminist Roxcy O’Neal Bolton (1926–) grew up on a farm in Mississippi, and moved to Coral Gables in the early 1950s. She helped launch the Florida National Organization for Women (NOW), and served as a national vice president of NOW. Among her many accomplishments on behalf of women, she founded an agency to aid women in need, helped establish the first rape treatment center in the country, and persuaded the National Weather Service to stop naming hurricanes only after women.