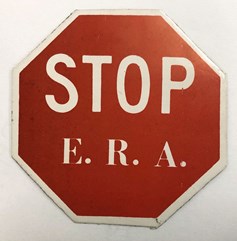 The ERA finally passed out of the U.S. Congress in 1972, and headed to the states for ratification. Thirty-eight states were needed to ratify it. At the start of ratification efforts, the ERA did not seem controversial, and within two years thirty states voted in favor. However, opposition to the ERA organized quickly, and opponents soon launched their campaign against the amendment. Florida became an important battleground state in the fight over ratification.

Early in the ERA battle, supporters spoke of justice and believed equality for women was a moral good. As the fight continued, they increasingly turned to the economic issues that women faced, connecting the issue of equal pay for equal work to the amendment. Opponents viewed the ERA as threatening traditional family and gender roles, and feared the ERA would subject women to combat. Some opponents backed states’ rights over a federal amendment that might supplant state laws.

In 1972, the state House of Representatives strongly supported the ERA, but the state Senate declined to act on it, and the measure did not pass. In 1975, ERA debates took place in both chambers of the state legislature. Supporters and opponents turned out in large numbers to promote their sides, but the amendment was again unsuccessful. As the decade progressed, Florida’s ERA battle became increasingly heated. As the 1982 deadline approached, supporters and opponents revved up efforts to promote their views. In a special session, the ERA bill narrowly passed in the House, but the Senate rejected it. Time ran out for ratification, and the amendment failed. 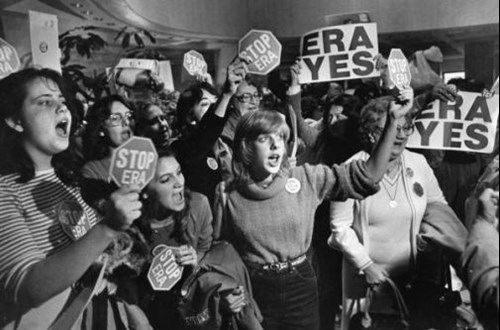 ERA supporters and opponents inside the State Capitol, 1982