Early in the war the Union navy began a blockade of Florida's coast to prevent the Confederacy from importing and exporting arms and trade goods. Initially, the navy did not have enough ships to effectively police Florida's long coastline and stop southern commerce. Blockade runners brought in war materials and luxuries, often from Bermuda, the Bahamas, and Cuba. In turn, cotton, molasses, whiskey, and other products were shipped abroad. As the federal navy acquired more ships, it was able to catch or destroy more and more blockade runners. In some cases, the Union navy refitted captured blockade-running ships for use as blockaders. The East Gulf Blockading Squadron was the primary naval force in Florida, headquartered at Key West.

Union navy gunboats also patrolled some of Florida's larger rivers. During the war, the Union army used transport ships to move troops and equipment. The Maple Leaf, which was sunk in 1864 by a Confederate mine in the St. John's River, was one of these army transports.

Blockade duty for the average sailor was long, hot, and boring. Diseases like yellow fever were a deadly problem in the summer months. Ships could go for days, weeks, or longer without spotting a blockade runner. The few warships of the Confederate navy usually were raiding northern merchant ships on the high seas or safely in protected rivers, out of range of the Union navy's guns. Union naval operations also included raids against southern salt-making works on the coast or occasionally in support of army operations ashore. The navy often was assisted in shore raids by escaped slaves who knew the local areas. In addition, many African American men enlisted in the navy and served on Union blockading ships. 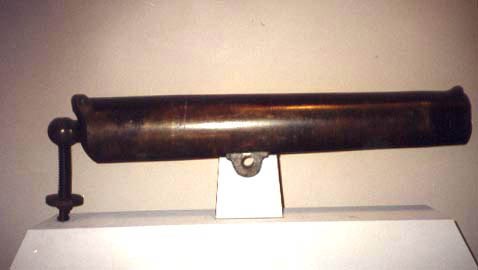 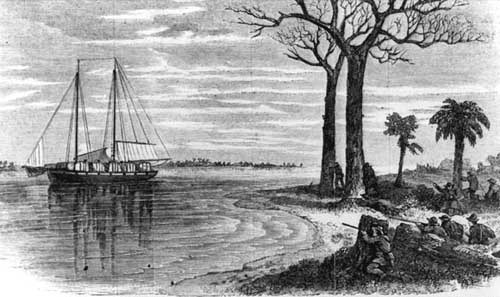 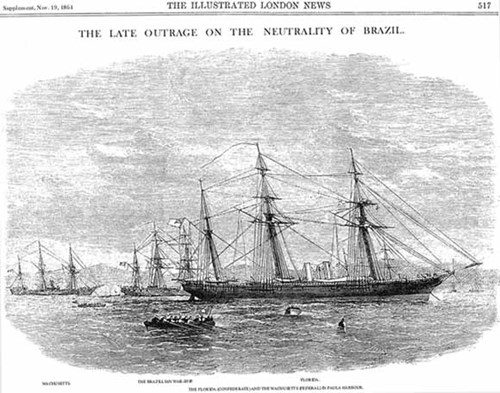 Illustration of the CSS Florida