In early 1862, the Confederate military defeats in Tennessee led to a pressing need for more Florida troops to fight outside the state. Confederate national officials determined that Florida's long coastline was too large an area to defend and ordered most of the troops guarding the state to transfer to more active theaters of the war. 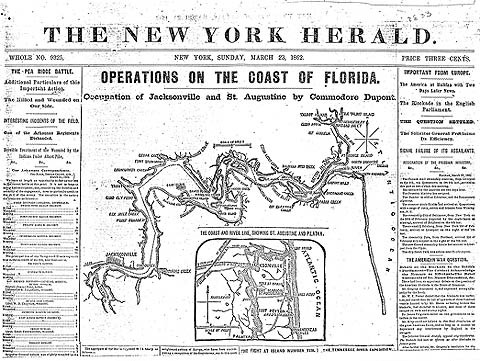 Confederate troops withdrew from Pensacola in early 1862, and Union troops quickly occupied the area of extreme northwest Florida. On the northeast Florida coast, at Fernandina, Jacksonville, and St. Augustine, a large Union naval force pressured the southern forces to evacuate. In spite of its decision to weaken its defense of coastal regions, the South was able to successfully hold and defend most of the populated, interior regions of Florida. 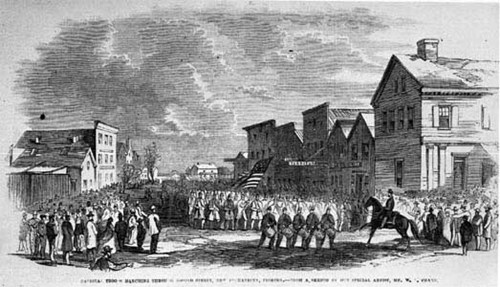 Union troops marching through Fernandina. A Harper's Weekly illustration of the Union occupation of the Florida town. (Florida State Archives)