As the century progressed, Florida women remained heavily engaged in efforts to protect the environment. By the mid-1900s, much of the work was being done in groups consisting of both men and women. Single-issue groups dedicated to one specific goal were starting to form, and women were integral in starting these organizations.

Florida women also fought pollution. In the post-World War II era, as industrial production increased so did pollution. As the public became more informed about the effects pollution had on health, a demand for action arose. Women actively participated in calls for a cleaner and healthier environment. They fought air and water pollution, raised public awareness, lobbied the state and federal governments, and used lawsuits to effect change. 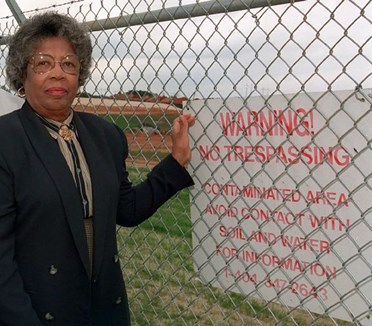 By the 1990s, hazardous waste sites near a Black neighborhood in Pensacola
were causing the residents numerous health problems. Margaret Williams
led efforts to protect the health of people living near the sites.

(Courtesy of the Pensacola News Journal) 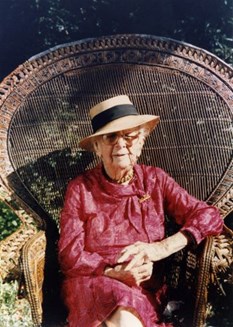 Douglas was probably Florida’s most famous and influential environmental activist.
In 1969, when she was 79 years old, she founded Friends of the Everglades.
She would become a symbol of activism for Everglades protection. 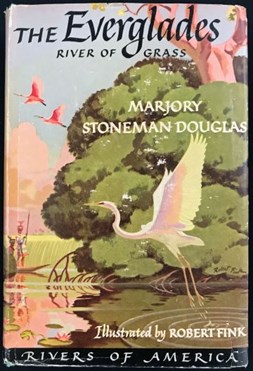 This book became Marjory Stoneman Douglas’s most famous work.
It brought much attention to the Everglades, its beauty, and the need to preserve it.