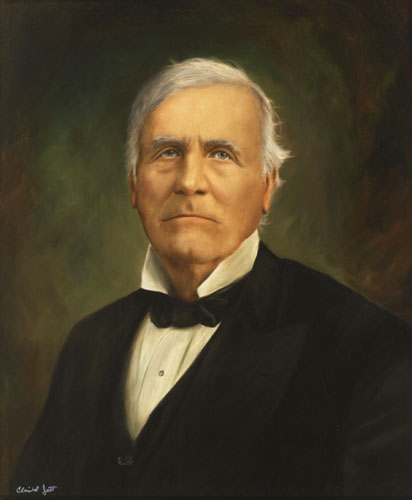 William Marvin was born at Fairfield, N.Y., on April 14, 1808. He was practicing law at Phelps, N.Y., when President Andrew Jackson appointed him as U.S. district attorney at Key West. Marvin's experiences there led him to write a nationally recognized textbook, Law of Wreck and Salvage.

President Andrew Johnson named Marvin as Florida's provisional governor for the purpose of reestablishing state government after the end of the Civil War. Later, he was elected to the U.S. Senate, which declined to seat him. When Congress enacted legislation for "reconstructing" the seceded states, Marvin refused to be a candidate for any office. In 1867 he moved to Skaneateles, N.Y., where he died on July 9, 1902.