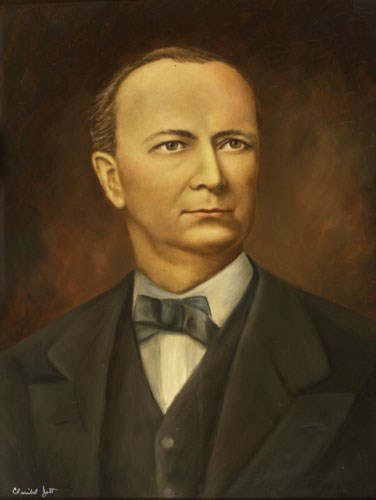 W. D. Bloxham was born in Leon County on July 9, 1835. He graduated from the College of William and Mary in Virginia with a law degree in 1855 but, because of poor health, decided to be a planter.

Bloxham became active in Florida politics and was elected to the 1861 House of Representatives. He organized an infantry company in Leon County in 1862 and commanded it throughout the Civil War. During Reconstruction, Bloxham was in the forefront of the Democratic leaders. His first administration as governor was marked by the sale of four million acres of state lands in the Everglades for one million dollars. The money restored the state's solvency and gave impetus to development in south Florida.

Bloxham returned to state government in 1890 when he was appointed comptroller of the state. In 1897 he was reelected to the office of governor for a second term. During this administration, he reestablished the State Railroad Commission and aided the federal government in the Spanish-American War. Bloxham died in Tallahassee on March 15, 1911.