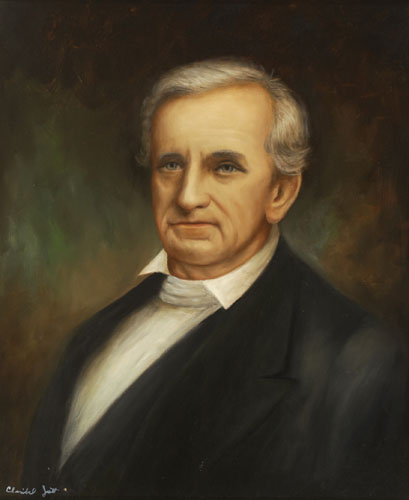 Thomas Brown was born in Westmoreland County, Va., on October 24, 1785. He served in the War of 1812, and subsequently became chief clerk of the post office at Richmond. While in that position, he invented the post office letter box.

In 1828, Brown moved with his family to Florida. He became auditor of the territory in 1834, president of the legislative council in 1838, a member of the constitutional convention in 1839, and a member of the first (1845) House of Representatives under statehood. As governor, Brown tried to improve Florida's transportation system and agriculture and made an effort to determine whether the Everglades should be drained. He was an active Mason for more than 60 years, serving a long term as secretary in the Tallahassee lodge and compiling a book on Masonry. Governor Brown died in Tallahassee on August 24, 1867