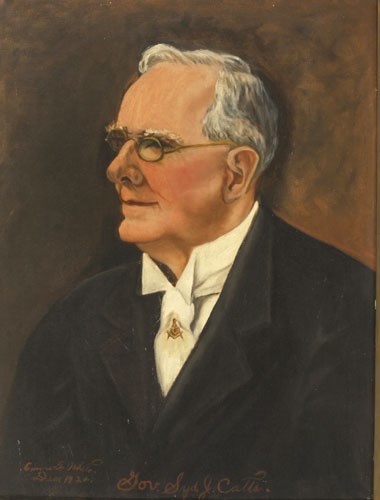 Sidney Catts was born near Pleasant Hill, Ala., on July 31, 1863. He was ordained a Baptist minister in 1886 and served pulpits in Alabama until 1904, when he moved to Florida.

In 1916, Catts was elected governor as the nominee of the Prohibition Party. His administration was a turbulent one since many of the state's political leaders opposed him.

Catts initiated reforms in the prison system and the treatment of the mentally ill, ratified the eighteenth amendment to the U.S. Constitution (prohibition), and endorsed women's suffrage. His later campaigns for the U.S. Senate and the Florida governorship were unsuccessful. Catts died in DeFuniak Springs on March 9, 1936.