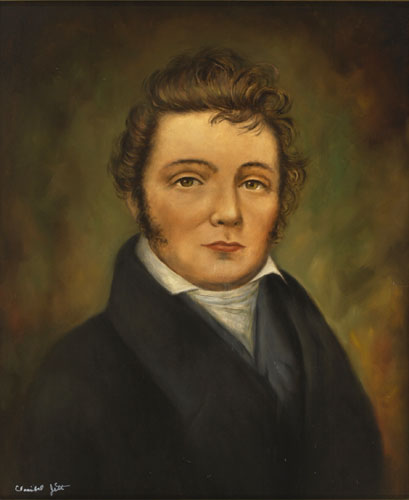 Robert Reid was born in Prince William Parish, S.C., on September 8, 1789. He was educated in Augusta, Ga., and practiced law there. Reid began public service at age 27 as a judge and later served Georgia in the U.S. Congress. In May 1832, he was appointed U.S. Judge of East Florida by President Andrew Jackson.

President Martin Van Buren appointed Reid governor of Florida in December 1839. Reid presided at the convention that drafted Florida's first constitution and advocated a vigorous prosecution of the Second Seminole War. He died at his home near Tallahassee on July 1, 1841, a victim of a yellow fever epidemic.