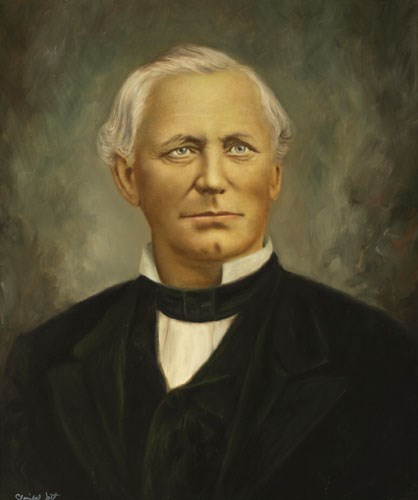 Ossian B. Hart was born in Jacksonville on January 17, 1821. The first of Florida's governors to be born in the state, he was the son of a founder of Jacksonville. Although raised amid slaves on his father's St. Johns River plantation, Hart openly opposed secession and as a result endured many hardships during the Civil War.

Hart took an active part in the reconstruction of both Jacksonville's and the state's government and, in 1868, was appointed an associate justice of the Florida Supreme Court. He was defeated in a bid for Congress in 1870, but was elected Republican governor two years later.

Physically weakened by a strenuous campaign, he caught pneumonia and died in Jacksonville on March 18, 1874, after little more than a year in office. During Hart's brief administration, limited civil rights legislation was passed, and some improvements were made in the state's weakened finances.