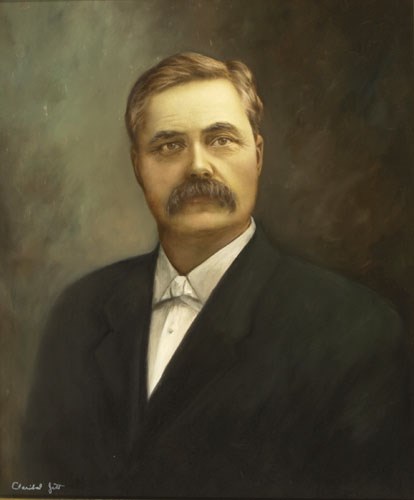 Napoleon Broward was born on a farm in Duval County on April 19, 1857. After losing both parents when he was twelve years old, he worked in a logging camp and as a farm hand, steamboat roustabout, steamboat pilot, and owner of a steam tug. He earned a statewide reputation using this tug, The Three Friends, to smuggle guns to Cuban revolutionaries prior to the Spanish-American War of 1898. Broward was elected sheriff of Duval County, and served on the Jacksonville city council, in the 1901 House of Representatives, and on the state board of health from 1901 to 1904.

As governor, Broward unified the state's institutions of higher learning under a board of control and was successful in draining and developing portions of the Everglades. Broward was an unsuccessful candidate for the U.S. Senate in 1908 while governor, but won the office two years later. He died in Jacksonville on October 1, 1910, before taking office.