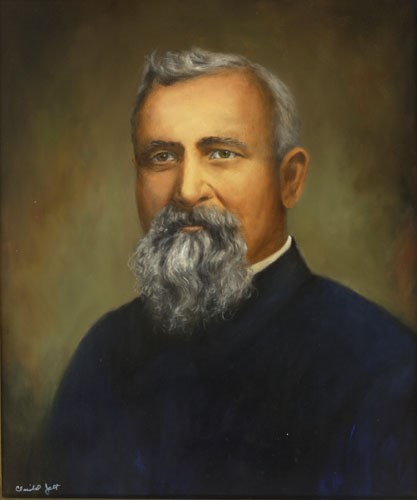 Marcellus L. Stearns was born at Lovell, Me., on April 29, 1839. He left Waterville (now Colby) College in 1861 to join the Union army. During the Civil War, Stearns lost an arm at the Battle of Winchester. He studied law while in the Army and eventually was sent to Quincy, Fla., where he remained after his discharge.

Stearns was a member of both the 1868 constitutional convention and the Florida House of Representatives from 1868 through 1872, serving as speaker of the 1869 session. He was elected lieutenant governor in 1872 and succeeded to the governorship a year and a half later, upon the death of Governor Ossian Hart.

While Stearns was governor, Florida's budget was balanced, and tourists first began to flock to the state. In 1877, Stearns was appointed U.S. commissioner at Hot Springs, Ark., serving until 1880. He died in Palatine Bridge, N.Y., on December 8, 1891