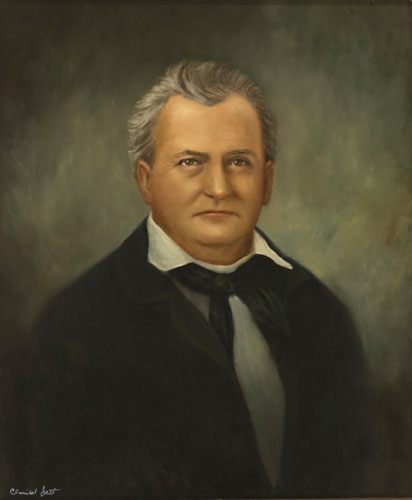 John Milton was born near Louisville, Ga., on April 20, 1807. A descendant of the English poet John Milton, he practiced law, first in a number of Georgia and Alabama communities and later in New Orleans. Before coming to Florida in 1846, Milton allegedly killed an adversary in a duel.

After entering Florida politics, Milton became a statewide force in the Democratic party, serving as a presidential elector in 1848 and as a member of the 1850 House of Representatives. A vigorous states-righter, Milton encouraged the early secession of Florida from the Union.

As governor, Milton stressed Florida's ability to serve as an important source of food and salt for the Confederate war effort. On April 1, 1865, as the southern cause was collapsing, John Milton shot himself at "Sylvania," his home near Marianna. In his last message to the legislature, he had said, "Death would be preferable to reunion."