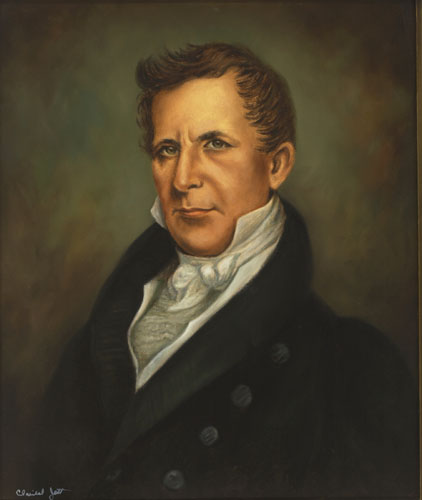 John Eaton was born in North Carolina on June 18, 1790. He had been a lawyer in Nashville, Tenn., and a U.S. senator for eight years when President Andrew Jackson appointed him secretary of war in 1828. In 1831, a controversy involving his wife, Peggy O'Neill Eaton, and the wives of other cabinet members led him and the rest of Jackson's cabinet to resign. President Jackson then appointed his old friend governor of the Florida territory.

Eaton's short term in Florida was not a happy one. He arrived more than seven months after his appointment began. A year later, in 1835, the Second Seminole War broke out. After serving less than two years, Eaton left Florida in 1836 to become U.S. minister to Spain, remaining until 1840. He died in Washington, D.C., on November 17, 1856.