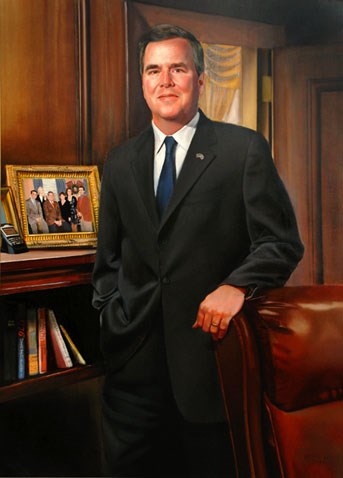 Born on February 11, 1953 in Midland Texas, Jeb Bush graduated with honors from the University of Texas with a Bachelor of Arts degree in Latin American Studies. In 1974, he married Columba Garnica Gallo, a native of Mexico. They now have three children. Bush moved to Miami Florida in 1980 to help form what became a highly successful real estate company. He became the chairman of the Dade County Republican Party in 1984, and in 1987 Governor Bob Martinez appointed him to head the state's commerce department. In 1994 Bush ran for governor against a popular incumbent, Lawton Chiles, losing by a small margin. In 1998 he ran again, successfully campaigning on issues related to public school education, urban renewal, and Medicaid funding among other issues.