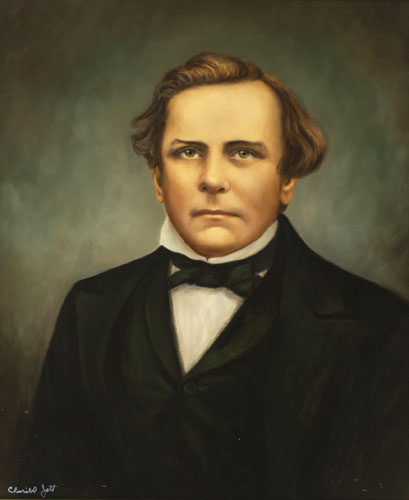 James E. Broome was born in Hamburg, S.C., on December 15, 1808. He came to Tallahassee in 1837 to work as a merchant. During his career in Florida, Broome married five times and amassed one of the largest plantations in the state. Elected governor in 1852, he was a strong advocate of states' rights and became known for vetoing more acts of the legislature than any of his predecessors.