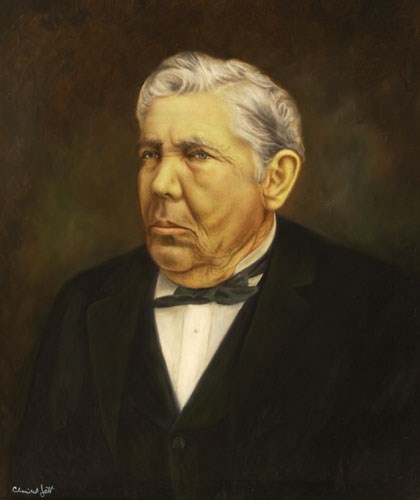 Henry L. Mitchell was born in Jefferson County, Ala., on September 3, 1831. At 15, he moved to Tampa, where he studied law and was admitted to practice in 1849. When the Civil War began, Mitchell resigned his position as state attorney to enlist in the Confederate army.

In July 1863, Mitchell left the army to take a seat in the Florida House of Representatives, to which he had been elected in his absence. He served again in the 1873 and 1875 sessions.

Mitchell was appointed to the Florida Supreme Court in 1888 and served until 1891, when he resigned to run for governor. By the end of his term, he reported that the state was "in a prosperous condition" although the government's own finances did not present "a healthy showing."

After his term as governor, Mitchell was elected clerk of the circuit court and then county treasurer of Hillsborough County. He died in Tampa on October 14, 1903.