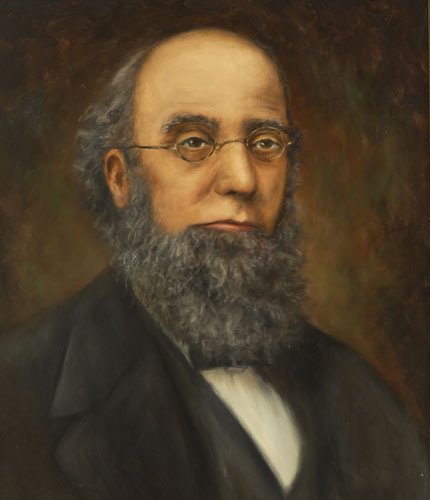 Harrison Reed was born at Littleton, Mass., on August 26, 1813. He moved to Washington, D.C., in 1861 as an employee of the Treasury Department and was sent to Florida by President Abraham Lincoln in 1863 as a tax commissioner to deal with seized Confederate property. Reed gained a reputation for honesty in this office and was appointed Florida's postal agent by President Andrew Johnson in 1865. He held this position until he was elected governor under the new 1868 Constitution.

Harrison Reed's administration was a stormy one because he had to cope with a number of factions within his political party, the Republicans. Two serious attempts to impeach him originated with leaders of his own party. At the end of his term, Reed settled down on his farm along the St. Johns River. In 1875, he became editor of the Semi-Tropical, a monthly magazine devoted to southern agricultural and economic development. He died in Jacksonville on May 25, 1899.