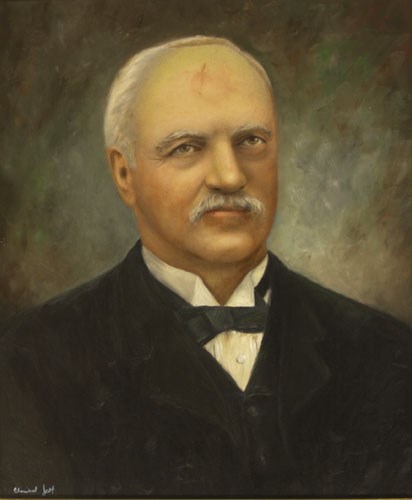 George F. Drew was born in Alton, N.H., on August 6, 1827. He opened a machine shop in 1847 at Columbus, Ga., and also engaged in lumbering in that state. In 1865, he built Florida's largest sawmill at Ellaville on the Suwannee River.

Drew's election as governor coincided with the end of the Reconstruction era in Florida. He drastically cut taxes and expenditures during his term of office and established the convict lease system as an economy measure. Later, he returned to the lumber business and at one time had eleven mills in operation. Drew was prominent in the business affairs of Jacksonville and served as first president of the city's board of trade. He died on September 26, 1900, in Jacksonville.