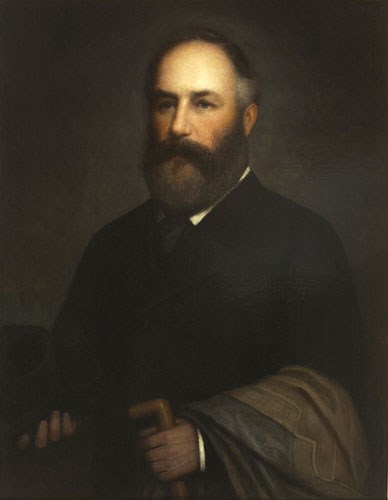 Edward Perry was born in Richmond, Mass., on March 15, 1831. He attended Yale University; taught briefly in Alabama; and took up residence in Pensacola, where he was admitted to the practice of law in 1853. He fought with distinction in the Confederate army. Perry was twice wounded and rose in rank from private to brigadier general.

During Governor Perry's administration, Florida adopted a new constitution and established the state board of education to support public schools. At the end of his term, he returned to Pensacola, where he died on October 15, 1889.