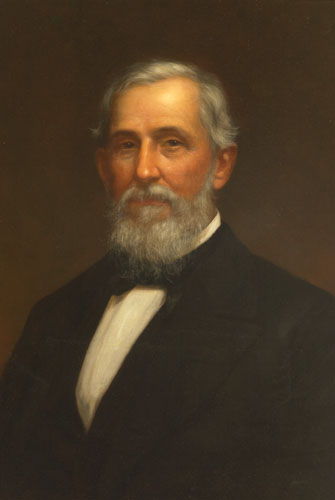 David Walker was born in Kentucky on May 2, 1815. After coming to Leon County in 1837, he studied law. He began his career of public service in 1845 in Florida's first state legislature. Walker at first opposed secession, but supported Florida when it left the Union.

David Walker was appointed governor of Florida in 1865. His administration had the difficult task of restoring civil government during the years in which Florida was occupied by U.S. troops after the Civil War. His greatest achievement lay in his effort to establish public education in Florida.

After his term as governor, Walker returned to his law practice. In 1878 he was appointed circuit court judge and remained in that post until his death in Tallahassee on July 20, 1891.