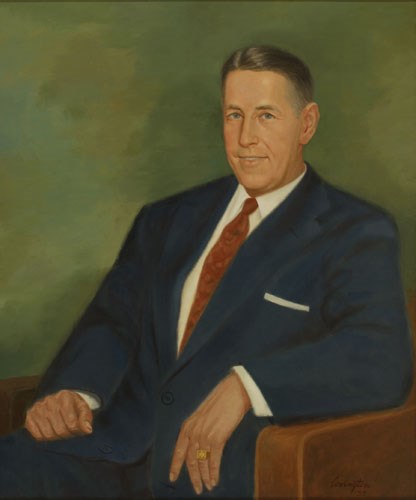 Charley Johns was born in Starke on February 27, 1905. Upon the death of Governor Dan McCarty on September 28, 1953, Johns, then President of the Senate, became Florida's chief executive. He ran unsuccessfully in 1954 in a bid to complete the remainder of Dan McCarty's term as governor.

The Johns Administration encouraged highway construction and eliminated tolls on the Overseas Highway between Miami and Key West. Johns resumed his place in the Florida Senate in 1955, serving through 1966. Governor Johns was a strong advocate of prison reform throughout his legislative career. He died on January 23, 1990.