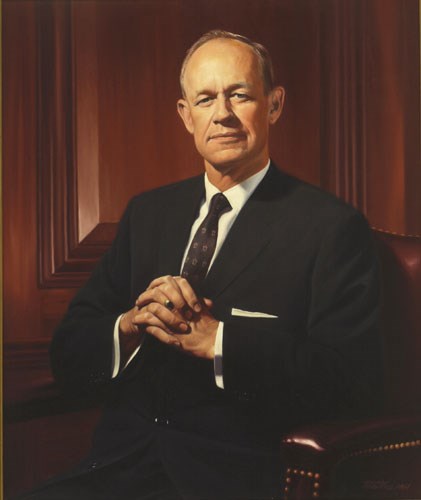 A native of Marion County, Farris Bryant studied accounting and law at the University of Florida and Harvard Law School. In 1946 he won his first term in the Florida legislature as a representative from Marion County and went on to serve five terms in the legislature, including one term in 1953 as Speaker of the House. He was elected governor in the fall of 1960 and continued the educational emphases of his predecessor, LeRoy Collins. More than one billion dollars was raised to construct new buildings on college campuses across the state. In addition, the Bryant administration promoted water control projects, such as the Cross Florida Barge Canal, and acquired land for conservation and recreation purposes.

Bryant was appointed to the National Security Council and the Office of Emergency Planning by President Lyndon Johnson in 1966. He ran for the U.S. Senate in 1970 but was defeated in the runoff election for the Democratic nomination. He returned to his law practice in Jacksonville and served on the boards of directors of a number of major corporations.