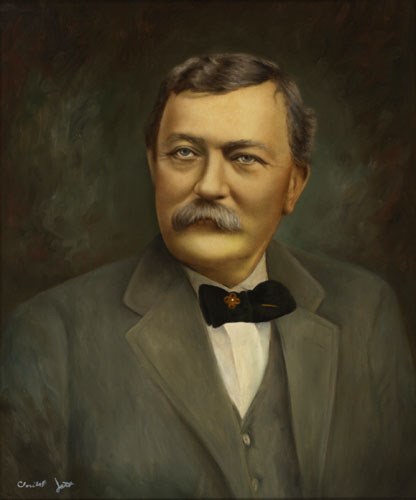 Albert W. Gilchrist was born at Greenwood, S.C., on January 15, 1858. He was a graduate of the U.S. Military Academy at West Point and later became a civil engineer, real estate dealer, and orange grower in Punta Gorda. Gilchrist was a brigadier general of the Florida militia until 1898, when he volunteered for service in Cuba during the Spanish-American War. He achieved the rank of captain in the regular army and was mustered out of national service in 1899.

Gilchrist was a member of the Florida House of Representatives from 1893 until 1905 and was its speaker in 1905. As governor, Gilchrist sponsored legislation to safeguard the public health. He died in New York City on May 15, 1926.