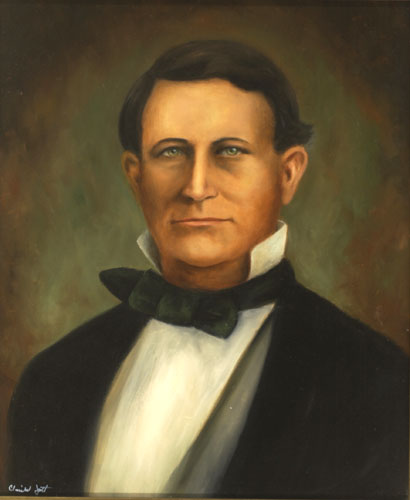 A. K. Allison was born in Jones County, Ga., on December 10, 1810. He was a merchant and settled in Apalachicola sometime before 1832. Allison served as county judge of Franklin County, clerk of the U.S. court, and a member of the territorial legislature.

During the Civil War, Allison served with Confederate forces in battles at Macon, Ga., and Natural Bridge, Fla. As senate president, he became acting governor on April 1, 1865, after the death of John Milton. Allison was arrested by federal authorities on June 19, 1865, and imprisoned for several months at Fort Pulaski, Ga., along with other Confederate officials. He died in Quincy on July 8, 1893.