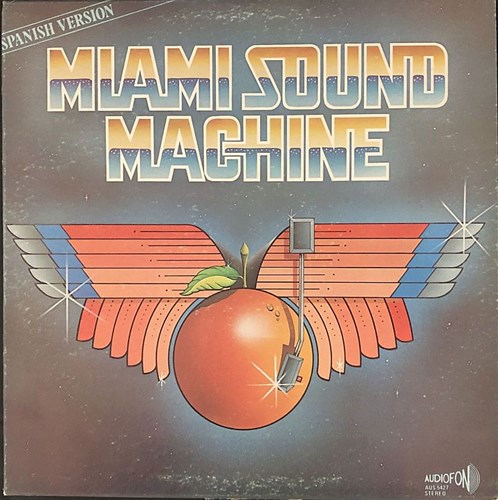 Gloria Estefan is a Cuban American singer, songwriter, actress and businesswoman. Estafan was born in Havana, Cuba, but grew up in Miami. She became lead singer of the Miami Sound Machine, a band formed in 1975 by her future husband Emilio Estefan. Miami Sound Machine went on to become one of the most successful bands to bring Latin American music to the mainstream pop music scene, producing such hits as “Conga” and “Rhythm is Gonna to Get You.” Many of the group’s early recordings were sung in Spanish. This Spanish version, self-titled album was released in 1978. Today, the Grammy-award winning Gloria Estefan, one of Florida’s most well-known recording artists, keeps busy with the restaurants that she and her husband own, her Gloria Estefan Foundation, and other endeavors. (Miami Sound Machine album, 1978, Collection of the Museum of Florida History)