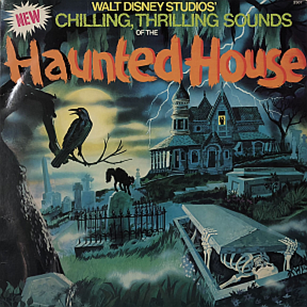 This collection of scary sounds is from Walt Disney Studios. The 1979 album comes with a warning on the back of the cover that, “This album will scare your socks off.” The album may have been inspired by Disney’s Haunted Mansion ride, which opened at Disneyland in California in 1969. It was one of the original rides at Orlando’s Disney World, when the theme park opened in 1971. The Haunted Mansion has become one of Disney’s most iconic attractions. (Collection of the Museum of Florida History)