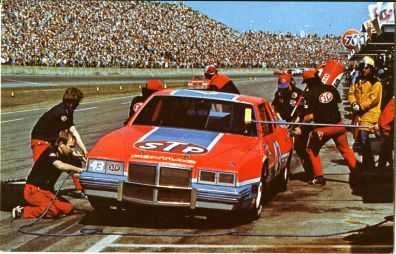 NASCAR’s Daytona 500 takes place in February each year and the race is often considered the “superbowl of stock car racing.” In this postcard image (ca. 1982), pit crew is working on Richard Petty’s 1982/1983 #43 STP Pontiac Grand Prix. In 1959, a 500-mile race was held at the newly-built Daytona International Speedway, won by Lee Petty, the father of Richard Petty. The race, held every year since, became known as the Daytona 500. Richard Petty holds the record for the most Daytona 500 victories with a record of seven races won. (Postcard, Richard Petty at the Daytona 500, circa 1982, Collection of Museum Florida History)