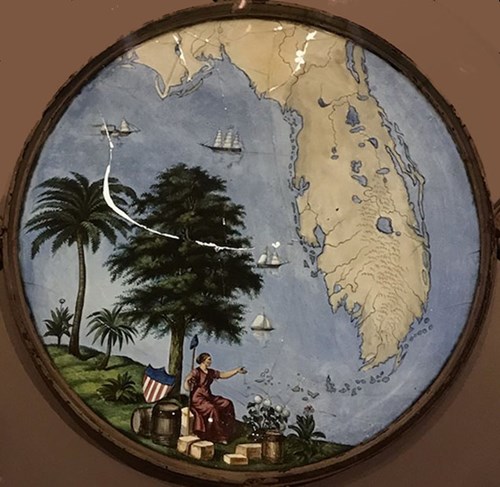 Currently on display in the Museum of Florida History’s early statehood exhibit, this 30-inch glass circle was painted in 1857 by brothers John and George Gibson. This first version of Florida’s state seal, along with seals for 30 other states, formed part of a skylight in the chamber of the United States House of Representatives in Washington, D.C. until 1951. This design, the first of several, was officially the state seal between 1846 and 1868. (Collection of the Museum of Florida History)