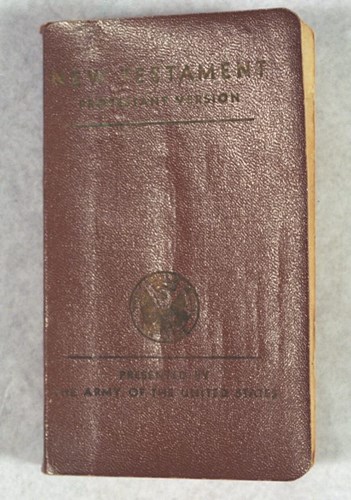 The pocket-size book represented a tangible testament of his faith. As a medical doctor he tended to the wounded on Omaha Beach, which was the principal landing beach during the Allied D-Day invasion. Although this beach was the scene of the heaviest casualties, American forces were able to push forward against heavy German opposition. The successful landings formed the foothold for Allied forces that would eventually defeat Germany from the west. The artifact is on display in the Museum’s Florida Remembers World War II permanent exhibit.